I am not usually the sort of person that goes fishing all that often, nor am I the type to really stay out on the beach for longer than one hour at a time. However, due to the insistence of my brother in law and my sister’s pleading for me to ‘go on a vacation once in a while’, I opted to join the both of them for two weeks in Delray Beach, Florida.

The entire town was friendly towards us which was greatly appreciated on my end since I am not normally a social person. Out of the many resorts that were offered for tourists, the one I was at for a few days was a great place to stay for a couple of days. They offered reasonable rates, which was great considering I was on a budget. The restaurants had amazing seafood dishes and almost all of the waiters/waitresses were quick to suggest something when I asked what sort of dish that they would recommend. I can’t even pick a favorite they were all so good! 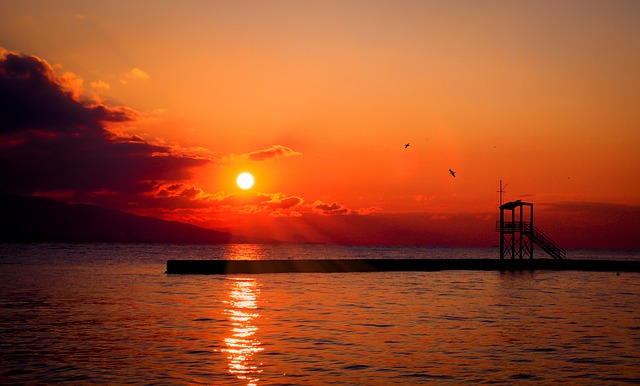 Taking a deep sea fishing excursion turned out to be my most favorite time of all.   It turns out, there is far more to fishing than just sticking a worm on a hook that I had envisioned as fishing would be. The man who was working our excursion explained to me to not only were certain types of bait were needed for certain types of fishing styles and fish, but that the condition of the bait was important too. He also said that we didn’t need to worry about anything on this trip, because and the crew would take care of everything and ensure that we had a great time.   We were grateful for the information, and I learned so much.

Once the boat was ready to take to take off, I began to get really excited.  They told us about the fishing spot we were headed to, and how it typically produces some great fishing.  They fired up the boat and we headed to one of the suggested spots. The waters were blue and beautiful and the farther we got away from shore the deeper the water got.  The weather was surprisingly favorable and amazing once the sun rose.  The crew was awesome about checking our rods, helping us to cast our lines and telling us great stories while we wait. It should be noted that I am not the most patient of people and it seemed like forever until we got a bite.  But when the fish did start biting, it became an amazing tug of war between the fisherman and the fish.  After an insane amount of struggle and several minutes of fighting, the fish finally tired out on my sister’s line and she was able to pull the first catch out of the water, which we later identified as a Grouper.  This trend of waiting and biting happened at each fishing spot, everyone on the boat caught at least one awesome fish.  It was amazing to see people interact in a high stakes tug of war against the creatures of the Deep.

It was an amazing vacation overall, with the beauty of the ocean, good food, friendly people and a great fishing experience. The next time I go to a beach to relax, it would definitely go back to Delray Beach and take a deep sea fishing trip.